BE ON THE LOOKOUT FOR WATER DAMAGE FROM PIPES THIS SEASON

Be On The Lookout For Water Damage From Pipes This Season 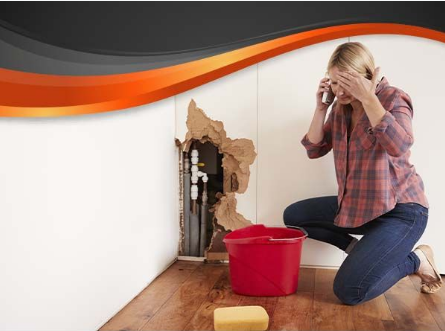 During the winter season, we often receive many calls from customers about their frozen or burst pipes. During winter, the cold temperatures often cause water within the pipes to freeze. This frozen water causes the pipes to expand beyond what they’re capable of holding which results in them bursting. When this happens, it can cause lots of damage to your floors, walls, furniture, and even appliances.

So is it really ice that causes pipes to burst? Yes and no. The ice itself doesn't cause your pipes to burst. Rather, the ice causes water pressure to build up and when this pressure exceeds what your plumbing can handle, it bursts. Usually, if that pressure has an outlet (open faucet), then the freezing temperatures are unlikely to cause a pipe burst. However, if all of your faucets are closed, then the water will look for the weakest point in your plumbing to relieve that pressure, causing the pipe to burst.

In the instance that the pipe burst isn’t openly visible, here are some telltale signs that you might have a burst pipe:

If you find a frozen pipe, you can try to warm it up to prevent the pressure from causing it to burst. Using a hairdryer to warm frozen pipes is a simple, DIY way to do so. If you discover, however, that one of your pipes has already burst or you suspect that one might’ve burst, it’s important to take action immediately. Opening up a faucet to relieve some of the pressure can help, but you should give your plumber a call. In the event that the burst pipe has already led to flooding, you should turn off your water immediately and call your plumber or H2o Drying Solutions, your local 24/7 emergency restoration company. If there is standing water, do not get close to it as standing water close to appliances or outlets poses a risk for electrocution.

Unfortunately, frozen and burst pipes across the Carolinas are an annual occurrence. We hope that you never have to experience this but if you do, call us. Our team of technicians go above and beyond to bring you back to pre-loss condition in the shortest time possible. We will work directly with your insurance to minimize the amount of stress you have to endure during this difficult time. Whether you’re in North Carolina or South Carolina, we offer quick service to help you deal with emergencies. Call our 24/7 emergency response team at (877) 251-1752.